Kamen Rider Revice (仮面ライダーリバイス, Kamen Raidā Ribaisu)[2] is a Japanese Tokusatsu drama in Toei Company's Kamen Rider Series. It is the third series to debut in the Reiwa Era and the thirty-second overall, and serves to commemorate the 50th Anniversary of the franchise. The series premiered on September 5, 2021, joining Kikai Sentai ZenkaigerIcon-crosswiki.png in the Super Hero Time line-up after the finale of Kamen Rider Saber.

The series motif is animals, stamps and demons. 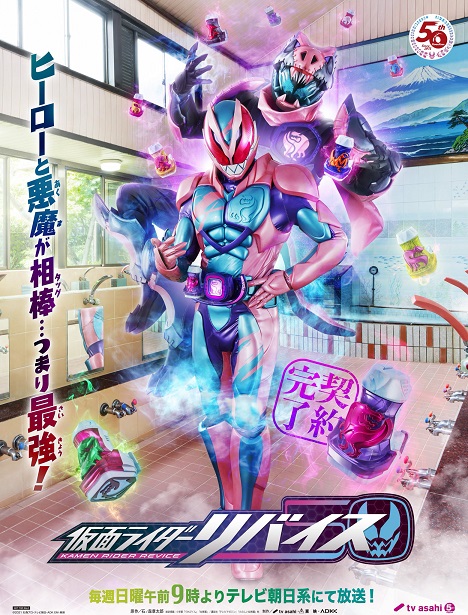 Join us at: TokuFun Premium to watch it now!!